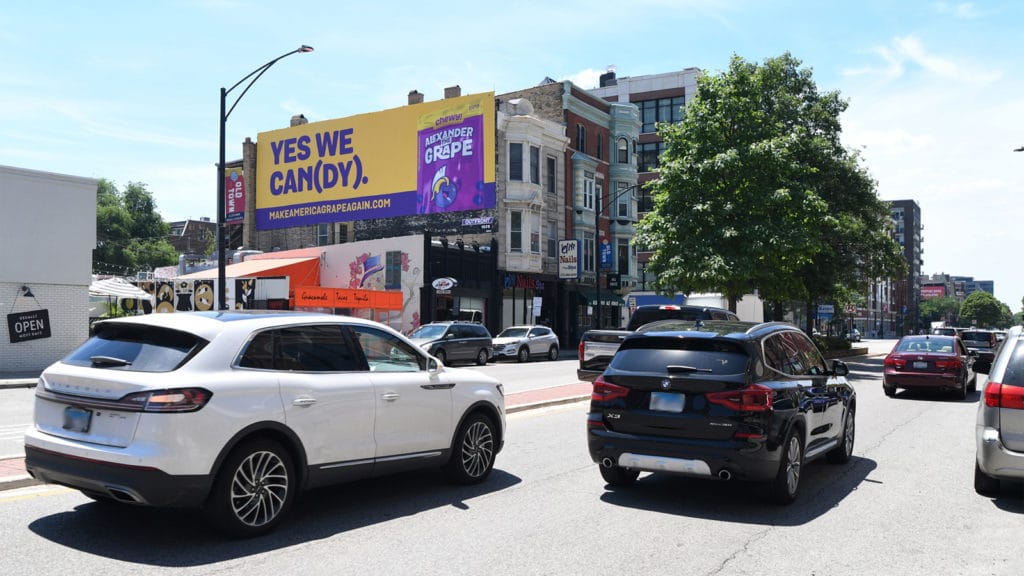 Chicago — Running with an election-year theme, 1908 Candy Co. launched a billboard campaign around Chicago to promote its Alexander The Grape chewy candy brand, the company reports.

The billboards feature humorous, candy-inspired takes on current political motifs, with phrases such as “This election, chews wisely,” “Zero allegations of inappropriate behavior,” and “Not sleepy, not crazy, just delicious.” The signs also point to the brand’s makeamericagrapeagain.com website.

In addition to 1908 Candy’s headquarters being located in the city, the line of chewy candies, which also include Cherry Clan, Johnny Apple Treat and Mr. Melon, originated in Chicago, according to the company. The candies were initially manufactured and distributed by Ferrara Pan Candy.

“I couldn’t be more thrilled to bring Alexander the Grape candy back to the market in a disruptive way,” says Lou Pagano II, founder of 1908 Candy and a fourth-generation candymaker. “This has been one of my family’s most popular brands and it’s a goal of mine to see future generations enjoy this bold and delicious candy again.”