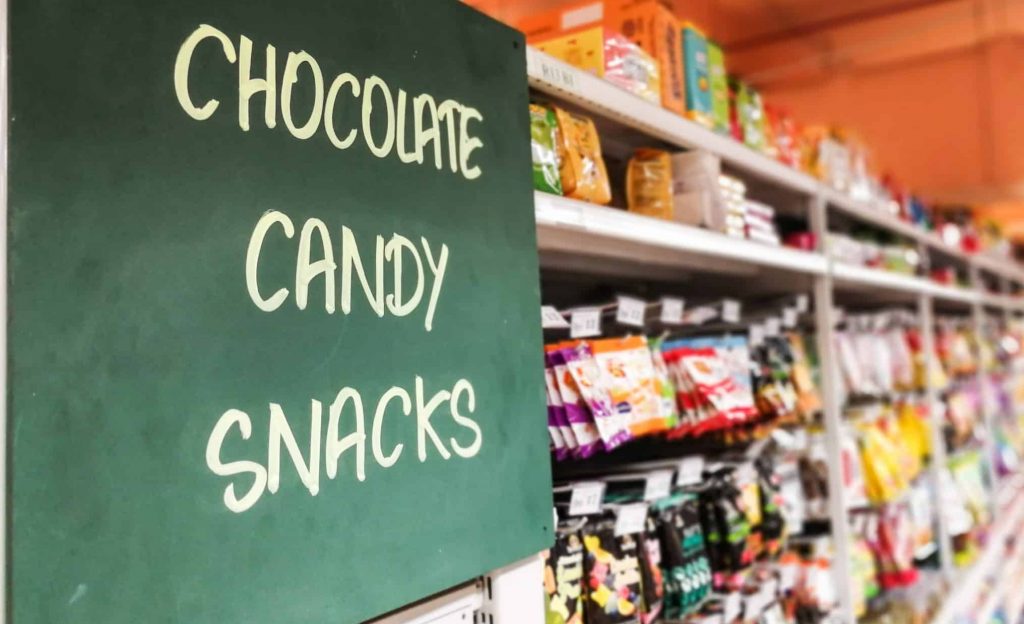 Washington DC — Dollar sales for total candy, gum and mints reached $30.5 billion in the 52 weeks ending August 14, representing an increase of 10.9 percent versus a year ago, according to data from Information Resources, Inc. (IRI).

Gains in the shorter term are somewhat lower, at 7.3 percent for the latest 12 weeks and 8.6 percent for the latest four weeks. This slowdown in growth is directly related to some unit and volume pressure of the past few months, while price increases are driving the dollar gains, according to Anne-Marie Roerink, of 210 Analytics, LLC. This unit and volume pressure is being experienced by categories around the store as sales being compared with the pandemic demand spikes in combination with increasing pressure on disposable income, she adds.

While in the 52-week view units sales were still in positive territory, up 1 percent, overall units dropped by 4.5 percent during the latest 12 weeks.

Chocolate sales reached $17.4 billion in the latest 52 weeks ending mid-August. This was an increase of 9.2 percent over the previous year’s levels. The slowdown in the shorter periods was very similar to that of the total category, notes Roerink.

All subcategories contributed to dollar gains in the 52-week period, but in the shorter term, a few areas are falling behind year ago levels, she points out. Gift box chocolates that experienced very strong sales the past few years as gifting was front and center say sales drop 4.9 percent in the 12-week period and 10.2 percent during the latest four weeks.

The other area unable to keep up with last year’s levels is novelty chocolate, which say sales fall 20.3 percent in the latest four weeks. Retailers are slowly replacing back-to-school sets with Halloween sets and the very early indication shows some soft sales, Roerink says. But the next two quad-periods will offer a better indication of where Halloween demand nets out amid 40-year high inflation combined with continued supply chain challenges. The unit pressure is felt most strongly in chocolate with units down 6.1 percent in the 12-week view.

Non-chocolate is the second-largest sector in the confectionery category, but has seen above-average growth. In the latest 12 months, non-chocolate sales increased 13.3 percent, with big boosts coming from sugarfree candy, novelty, hard sugar and chewy options. Despite representing half of total non-chocolate sales, chewy candy numbers jumped 11 percent during the latest 52 weeks. All subcategories in non-chocolate contributed to growth in the shorter and longer time periods, says Roerink. Non-chocolate also had the best unit performance, though it was down in the shorter term by 3.7 percent.

Breath freshener sales grew 9.4 percent and was up gum 13.2 percent for the 52-week period. Gum growth was predominantly driven by sugarless items, which were up 14.6 percent. Gum continues to move closer to its pre-pandemic sales levels, although growth rates also see the same slowdown pattern as documented for the total category. Additionally, unit sales have dropped into negative territory, dropping 4.3 percent.