Arlington, VA — Following a five-month search, SNAC International’s board of directors has appointed Christine Cochran as its next President & CEO. Cochran will replace Elizabeth Avery who will retire in March.

“Christine Cochran is a dynamic leader of membership organizations with a deep knowledge of nutrition and a proven track record in government advocacy, coalition-building and strategic planning,” says Mike Harper, CFO of Rudolph Foods and Chairman of the SNAC CEO Search Committee. “We believe Christine is the right leader to build on the momentum established by Elizabeth’s highly successful tenure.”

Cochran has served as executive director of the Grain Foods Foundation for the past 9 years and previously was president of the Commodity Markets Council, after leading the organization’s government affairs program.

“Elizabeth has led SNAC International with a relentless focus on member value for five years as CEO,” says Rob Sarlls, Chairman of the SNAC board and president & CEO of Wyandot Snacks. “Under her leadership, SNAC has grown in every dimension and has never been in a stronger position. Her innovation and growth agenda led to a tripling of investment in education and professional development; increased effectiveness and recognition for advocacy leadership; greater inclusivity across the industry for participation by new companies and diverse leaders; and a bold restructuring of the industry’s convention that meets the need for new opportunities for snack industry collaboration. Despite the challenges of the pandemic, membership is at a record high, and the organization is on extremely solid financial footing.”

Cochran will join SNAC on February 1, and take on the president & CEO role on April 1. 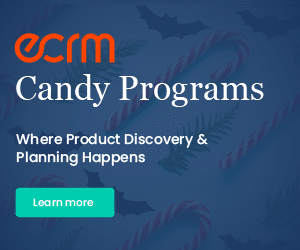