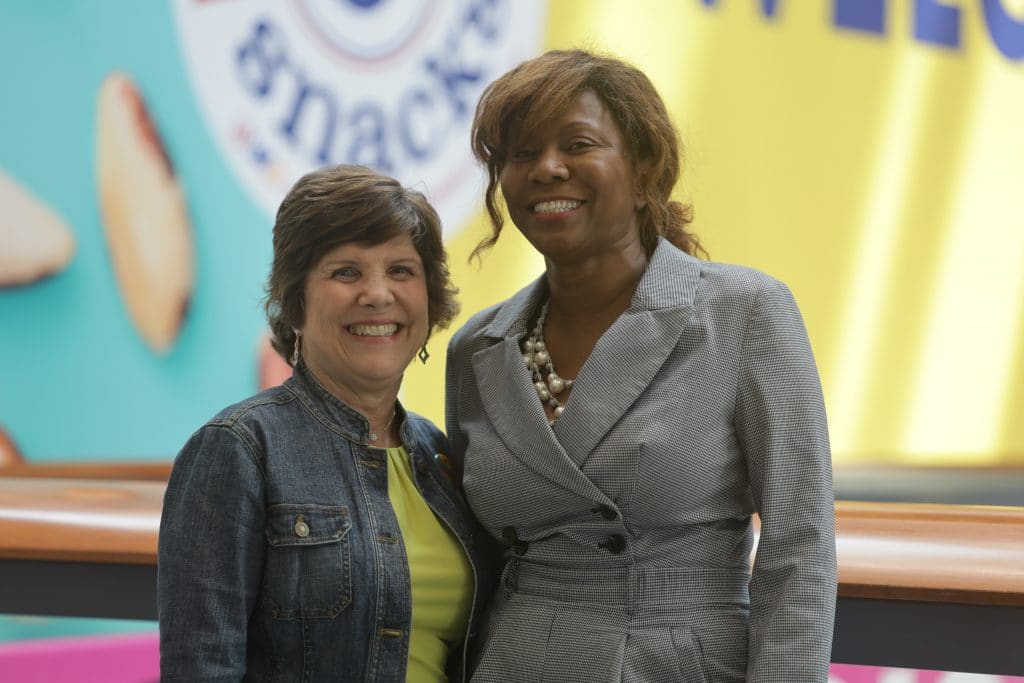 Corcoran, vice-president at Premier Specialty, LLC, received the Golden Candy Dish, which is presented annually to a member of the confectionery broker community who has performed beyond the call of business to promote and grow the industry.

Corcoran described the moment she found out she had won as bittersweet. “I have been involved with both the Silver and Golden Candy Dish Awards for many years now, going back to the NCBA days,” she explained. “It is truly an honor to be receiving the award that so many of my well-deserving broker partners and friends have received.”

In presenting the award, NCA Chairman Barry Rosenbaum said: “Kathy is a leader amongst leaders in the broker community.”

Rosenbaum, president of Nassau Candy Distributors, also noted that Corcoran works tirelessly for both the manufacturers she represents and the retailers she collaborates with.

“In her multiple nominations for this award, she was described as a connector, a mentor and a champion for the confectionery industry — someone who knows when to ask the right questions, when to lift up a peer and when to try something new for the benefit of her customers,” he added.

Corcoran is actively involved in NCA’s Women’s Leadership Group and serves on multiple boards including the NCA Broker Advisory Board, the National Confectionery Sales Association Board and the Candy & Snack TODAY Editorial Board. She was inducted into the Candy Hall of Fame in 2015.

The Silver Candy Dish was presented to Anthony, director of sales at Pez Candy, Inc. This award recognizes a leader in sales, marketing, management or another key role in confectionery manufacturing who has made significant contributions to growing the confectionery category in support of the broker community.

Anthony said that she is “grateful and honored” to be recognized with the award and noted the people she has met and the brands that she has worked are what make the confectionery industry special.

“I’ve had a lot of great moments in all the years I have spent in this industry,’’ she reminisced. “It’s not possible to think of just one specific moment.”

In selecting her for this honor, the NCA selection committee recognized Anthony’s creativity and ability to elevate her partnerships across the board.

“During her more than 13 years at Pez, Lois has carved a niche for herself within the industry as a strong collaborator, an outside-the-box thinker and a people-focused leader,” Tony Jacobs, NCA vice-chairman, said in presenting the award.

“Her broker colleagues praised not only her creativity and insight when collaborating on unique and varied merchandising challenges for the Pez brand, but also her skill as a team leader,” he went on to say.

Anthony is an active member of NCA’s Women’s Leadership Group. One of her supporters stated that “her dynamic personality and smile brighten every event she attends, something that allows her to connect with people from across our industry and welcome new leaders into the fold.”

To see photos from the awards ceremony check out our gallery.