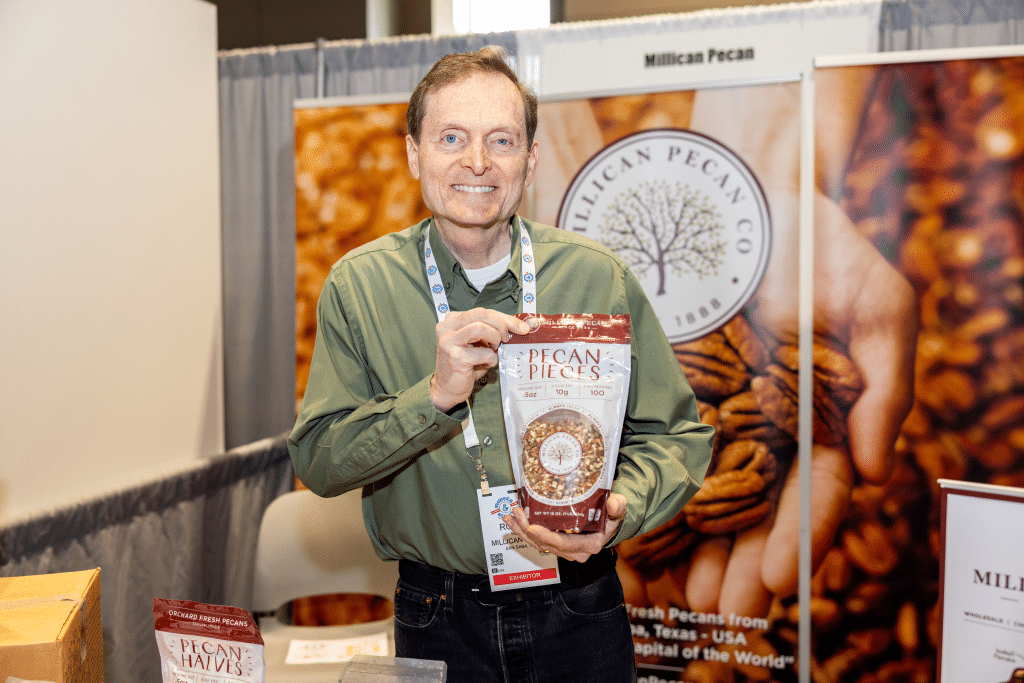 Chicago — With 45 percent of consumers snacking at least three times a day, the nut sector has much opportunity for growth. Leading the charge is the U.S.’s native nut, the pecan.

“Pecans are wonderfully healthy, high in protein with very low carbs,” pointed out Pecan Nation Owner & Partner Kent Hoots. “They also have the highest antioxidants of all nuts.”

The Georgia-based company is family-owned and has just begun to branch out into smaller packaging for greater snacking opportunities. They also have multipack boxes and stand-up pouches.

In addition to their better-for-you reputation, suppliers boast pecans have an all-American appeal. In fact, 80 percent of the world’s pecan supply is grown in the U.S., according to the U.S. Pecan Growers Council.

“Pecans are the only snack nut native to this country,” points out Stephanie Stuckey, CEO of family-owned Stuckey’s Corp. “They have a strong sustainability story.”

Pecan’s story has been in the public eye, Stuckey told Candy & Snack TODAY, largely because of a successful federal marketing order in 2016 to promote the nut.

“You can see the marketing campaign taking effect,” Stuckey noted.

Robert Hulet, business development for Millican Pecan, which operates one of the oldest commercial pecan orchards in the country, said consumers are now able to distinguish the quality of the nuts they are buying.

“The chocolatiers have figure it out too. They want fresh Grade A pecans from this season,” Hulet explained, adding that when pecan growers could not export like they used to, they started to get more creative with their nuts and it’s paid off.

Stuckey’s President RG Lamar, who is also the chairman of the Georgia Pecan Commission, said he expects pecans to continue to rise in popularity within the category.“Pecans are one of the fastest growing snack nut categories They’re going to take their rightful place in the snack aisle,” he predicted.