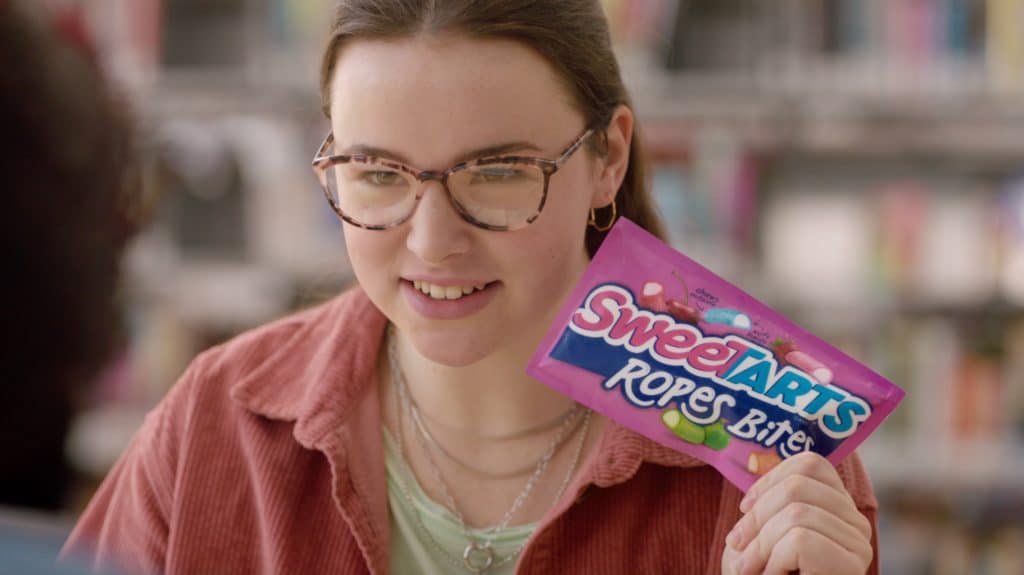 Chicago — In April 2019, Ferrara Candy Co. launched the SweeTarts ‘Be Both’ brand campaign to celebrate its shared value with gen Z of being ‘more than one thing.’ Building on this program, the company is launching a new national TV spot today titled ‘Library,’ which will be followed by additional creative in this theme in 2021.

While the 2019 creative featured an animated style that celebrated gen Z’s multi-dimensional personalities, the company says the new work brings the ‘Be Both’ idea to life through a fun, real-world scenario where a SweeTarts super fan awkwardly declares her enthusiasm for candy.

In the spot, the SweeTarts’ hero fan gives an impassioned speech that calls out the absurdity of settling for a single taste and marvels at the delight of candy that’s both sweet and tart. The idea drew inspiration from SweeTarts’ social media where super fans aren’t afraid to show their passion, the company points out.

A new :06 second digital videos launching July 6 also exemplify ‘both-ness,’ as they feature objects made out of SweeTarts candy — a wedding cake, a library book and the brand’s logo.

In addition to an advertising program, the campaign has included marketing activations to call out the brand’s multiplicity of flavors (sweet and tart), textures (chewy and hard) and forms (ropes and bites):

According to the company, since launching the ‘Be Both’ promotion in 2019, the brand has experienced:

Cleveland — Plans for this year’s Halloween festivities appear similar to years’ past, despite the pandemic, according to research recently released by Shopkick, Inc., which finds most consumers (84 percent) will shop in-store to purchase costumes, candy and decor. The…

Tuscany, Italy — A. Loacker Spa/AG has begun harvesting the first hazelnut crop from its Noccioleti Italiani Project, a vertical integration program that was initiated in 2011, the candymaker reports. The company’s hazelnut farm holdings include 360 hectares of land in…