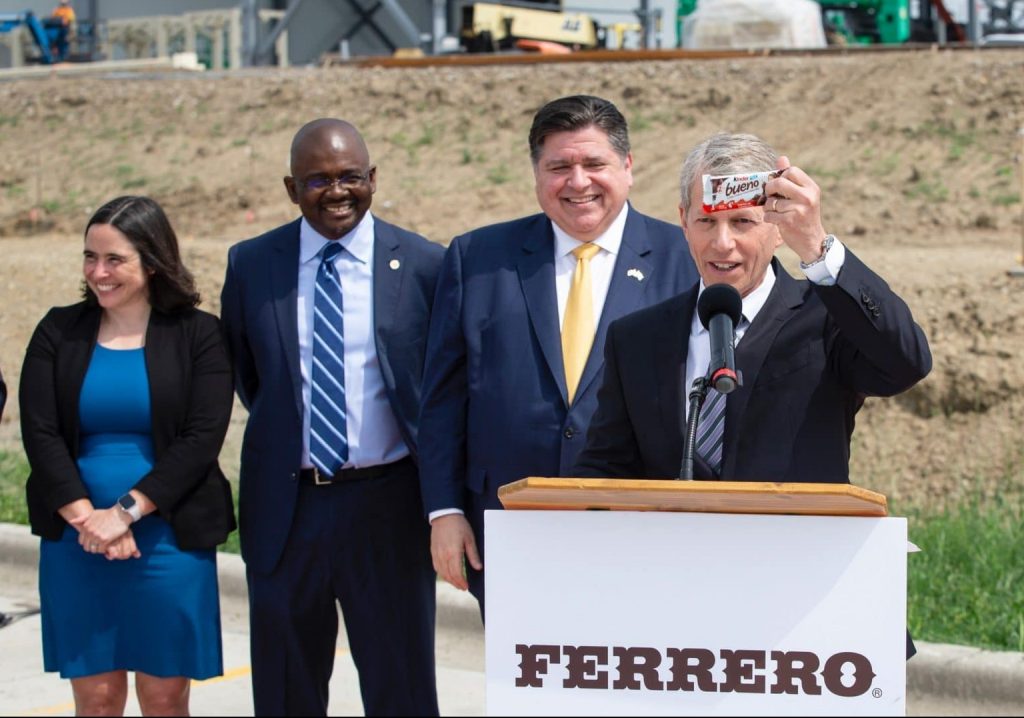 Bloomington, IL — Ferrero North America, part of Ferrero Group, plans to invest up to $214.4 million to expand its chocolate processing and product manufacturing plant in Bloomington, IL. The 169,000 square foot addition will produce Kinder Bueno bars, which were launched in the U.S. in 2019.

Construction is projected to start by Fall 2022 and is anticipated to result in the addition of up to 200 new jobs over a four-year period. The facility will be one of the largest production lines built by Ferrero outside of Europe and is expected to open in 2024.

“The investments we’re making in Bloomington are fueling continued growth for Ferrero in North America and are also creating important job opportunities in the community,” says Todd Siwak, president and chief business officer of Ferrero North America. “We are thrilled to continue growing here with the invaluable support of the City of Bloomington, McLean County and the State of Illinois.”

“We are elevating the treating experience with Kinder Bueno’s unique mix of flavors and textures and American consumers have really embraced that,” says Catherine Bertrac, senior vice-president of marketing, Kinder. “Being able to make Kinder Bueno right here in North America will help us build on our tremendous momentum and continue meeting consumer demand.”

Announcement of the expansion comes months after Ferrero broke ground on a chocolate processing facility at the same location, which is set to begin operating in 2023.

“We’re excited to see our relationship with Ferrero North America continue to grow, along with the company’s footprint here in Bloomington,” says Bloomington Mayor Mboka Mwilambwe. “Increasing the Ferrero labor force with our homegrown talent truly shows the company’s commitment to central Illinois.”