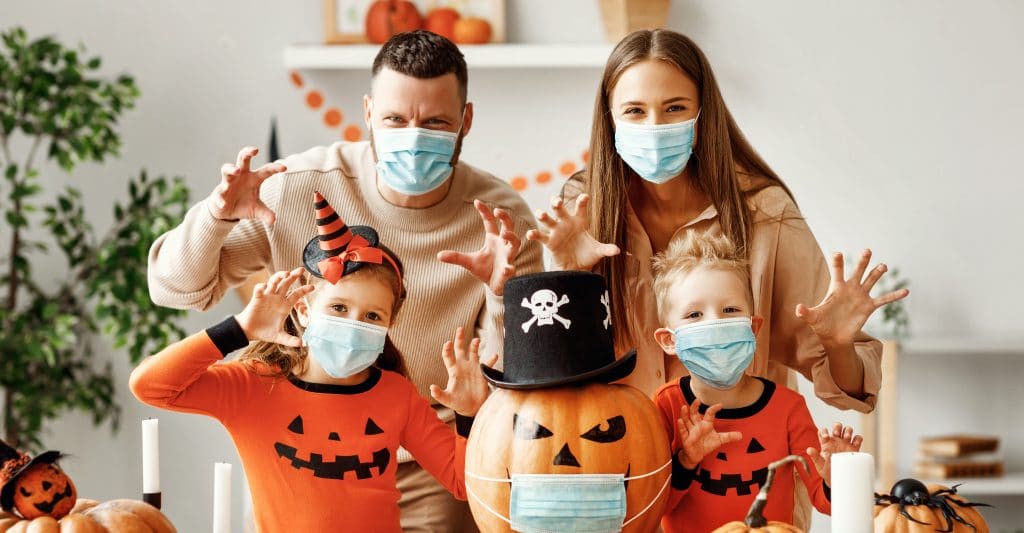 Cleveland — COVID-19 continued to dominate the headlines in the months and weeks leading up to Halloween 2020, with the number of cases rising in many states and state and local governments calling for restrictions in the way the holiday was celebrated. This was coupled with the changes in grocery shopping patterns since the pandemic took hold in March, ranging from shifts in channel choices and trip frequency to buying different items, brands and amounts during both everyday and holiday periods.

By and large, consumers celebrated the pandemic-affected holidays, but in different ways — reflecting smaller gatherings and at-home celebrations — and consumer surveys pointed to a similar pattern for Halloween 2020, according to Anne-Marie Roerink, founder of 210 Analytics.

Celebration plans varied widely by generation. Boomers, who are typically the ones to welcome trick-or-treaters with candy, were the most likely to forego celebrations, at 51 percent. Instead, many parents stepped up, with 64 percent planning to purchase more confectionery. Given the different buying tendencies by generation, this could explain the strength of non-chocolate during the Halloween season, with younger shoppers more likely to purchase a mix of chocolate and non-chocolate versus chocolate only.

In a typical year, a look at sales in the traditional channels during the eight-week period leading up to Halloween captures the bulk of the activity. But this was no typical year. Retailers went out early — some even overlapping back-to-school with Halloween displays — and ecommerce was no longer the drop in the bucket it had been in previous years.

When considering all confectionery sales during the eight-week period, chocolate, candy, gum and mints decreased 3.3 percent versus a year ago, according to Information Resources, Inc. (IRI). But the total was heavily affected by the sharp drop off in gum and mint sales, which are suffering as a result of social distancing and working-from-home.

When gum and mints sales are taken out of the equation, recognizing they have little seasonality as is, chocolate and candy sales advanced 0.3 percent over the same period in 2019. The grocery channel showed a very strong performance, with an increase of 5.5 percent for chocolate and 8.7 percent for non-chocolate.

Sales for Halloween-specific items, those with seasonal shapes, flavors, colors and/or packaging, was off versus year ago by 10.7 percent. However, with the many unknowns of the season, retailers generally bought less season-specific items and more everyday share bags, which means Halloween-specific item sales would automatically be down year-on-year, even if they achieved a 100 percent sell through.

The strategy to go out early and stretch the season worked well for many retailers. Adding four weeks to the eight core weeks to reflect a 12-week season, chocolate sales were up 5.6 percent versus a year ago and non-chocolate was up 5.5 percent.

It was this early lead that helped offset the last two weeks of the selling season, when 2020 sales dropped below 2019 levels. During the total 12-week period, chocolate and candy saw an increase of 1.6 percent versus year ago instead of the flat 0.3 percent results in the core eight weeks.

The impact of grocery ecommerce, which has exploded since March and online confectionery sales along with it, also can’t be ignored. Whereas typically online seasonal sales are a fraction of total sales, they played a major role in the success of this year’s season.

The number of households buying confectionery online during the eight-week Halloween period increased 76.8 percent, resulting in a near doubling of online confectionery sales versus 2019. During the core eight-week Halloween period, chocolate ecommerce increased 92.3 percent and non-chocolate increased 87.9 percent — resulting in a year-on-year increase in dollar sales of 4.3 percent for the combined offline and online view.

When adding in the four weeks ahead of the core season, total confectionery sales in the offline and online channels increased 5.3 percent versus year ago, reports IRI.

As the consumer survey predicted, fewer people celebrated Halloween, according to IRI household engagement statistics, but those who celebrated bought more, with dollars per trip increasing 2.7 percent. Additionally, confectionery sales received a boost from premium chocolate that has been a powerhouse throughout the pandemic. Sales during the eight-week Halloween period increased 19.1 percent. In non-chocolate, the dominant chewy segment generated nearly half of all sales and grew 8.8 percent during the Halloween season.

While the story line for Halloween 2020 was multi-faceted — requiring a look at a different time period and combined offline/online sales — the end result is a positive story that underscores that U.S. consumers will find a way to celebrate.