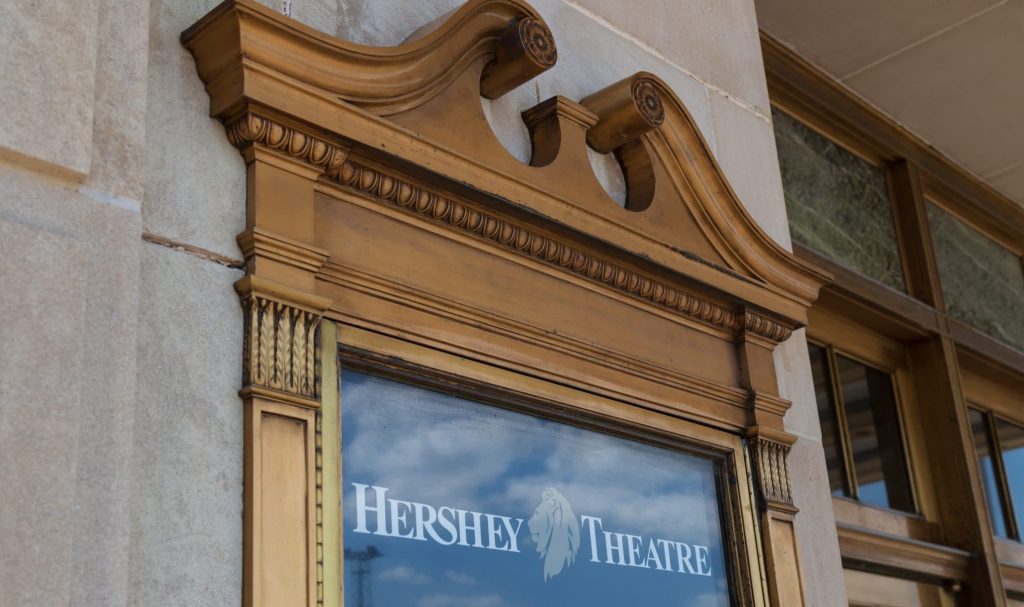 Hershey, PA — The Hershey Co. has donated the historic Hershey Theatre to The M.S. Hershey Foundation. The theater is located in the 14 East Chocolate Avenue building in Hershey and was built as part of Milton S. Hershey’s Great Building Campaign, opening its doors in 1933. Today it is a stop for touring Broadway shows, as well as musicians and comedians.

“The Hershey Theatre is an integral part of the Hershey community and brings world-class performances to all in Central Pennsylvania,” says Michele Buck, Hershey president and CEO. “We are continuing Milton Hershey’s legacy with this donation to The M.S. Hershey Foundation, who will be an outstanding steward of this iconic and beloved venue.”

“We’re thrilled to receive this important historic masterpiece, which has remained one of Central Pennsylvania’s finest performing arts venues for nearly 90 years,” says Don Papson, president and executive director of the Hershey Foundation. “When Mr. Hershey built the Theatre, the town of Hershey only had 3,140 residents. Yet, his theater boasted 1,904 seats. Mr. Hershey had big plans — not only for his theater, but for his town.”

The Hershey Foundation is a 501(c)(3) non-profit organization established in 1935 by Milton Hershey to provide educational and cultural opportunities for the citizens of Derry Township. The foundation has been operating the Hershey Theatre since 1970. It also operates Hershey Gardens, The Hershey Story Museum and Hershey Community Archives.