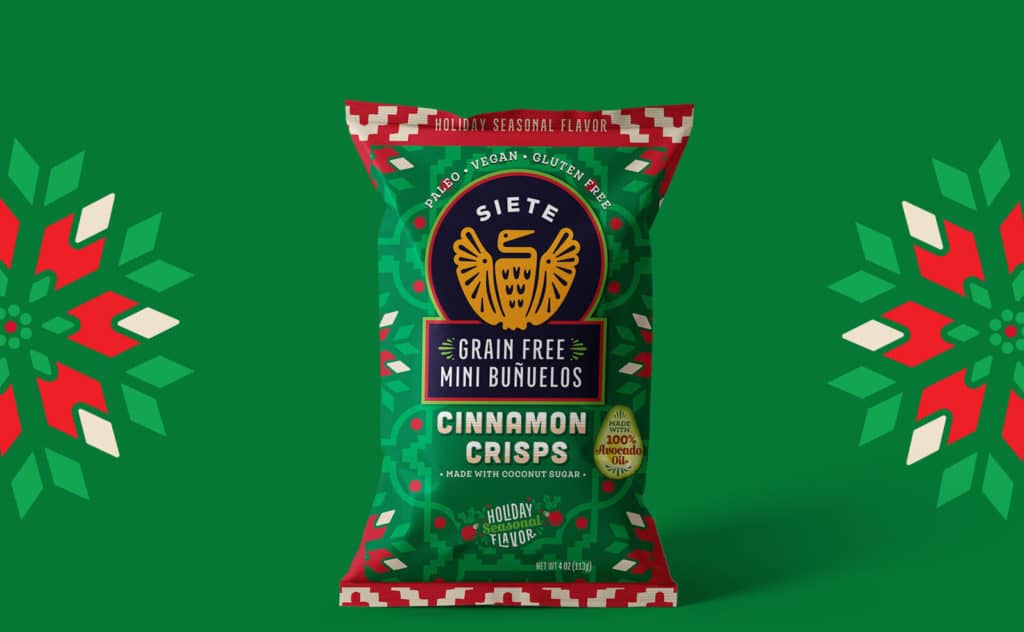 According to the company, traditional buñuelos are fried tortillas, topped with cinnamon and sugar, while this product is a grain-free mini tortilla chip made with cassava masa, and sprinkled with a coconut-sugar, cinnamon and vanilla.

The company notes the release reflects the company’s founding family’s love for the winter holidays and its tradition of celebrating the mid-way point in July by listening to holiday songs and watching holiday movies and enjoying a summertime replacement for traditional hot cocoa — Buñuelos Frozen Mexican Hot Chocolate Shakes.

Directions: Combine all ingredients in a blender and blend until smooth. Serve & garnish with a dash of cinnamon.

The product will be available on the company’s website while supplies last, with a SRP of $27 for three four-ounce bags.