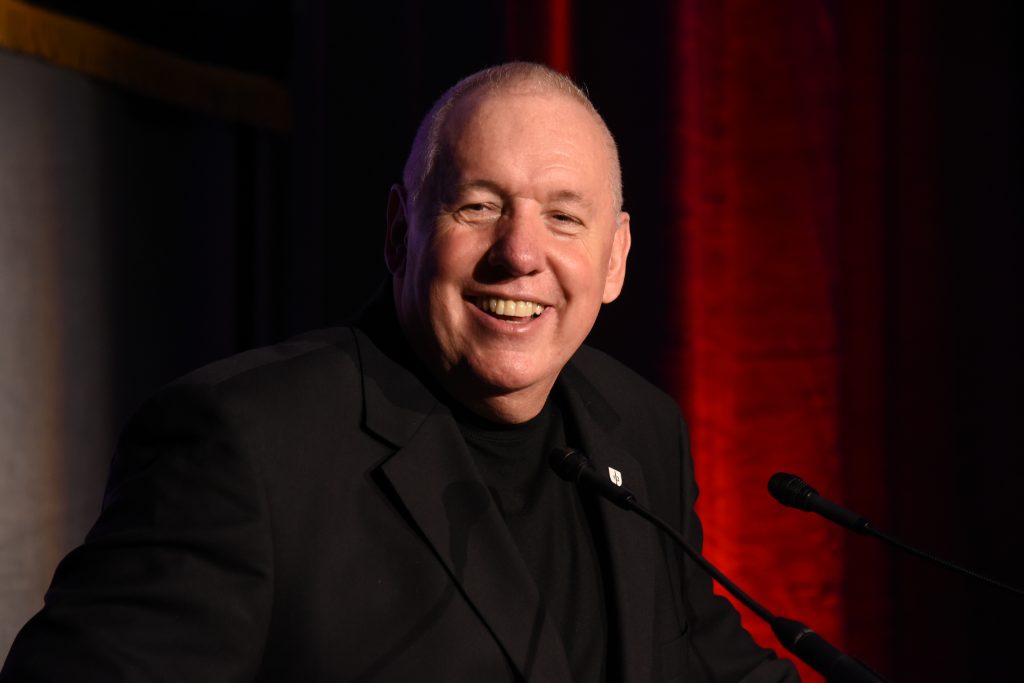 He emigrated from the UK in 1986 and immediately became a part of the industry taking on the role of editor of Candy Marketer magazine. In 1993, he became founding Executive Editor of Professional Candy Buyer, working alongside co-founder and longtime business partner Teresa Tarantino. He was also a co-owner of ProPress, Inc. until his retirement in 2016.

In addition to his journalism career, he served for nearly 20 years as co-Executive Director of the NCSA/Candy Hall of Fame, helping to exponentially expand the event’s reach and innovating the induction presentations.

Forster was as comfortable in front of a crowd as he was behind the camera, capturing many of the confectionery category’s most important moments. He was a fixture at industry events, where he could always be found holding court with colleagues, many of whom he also considered his closest friends. There was always a story to tell and an adventure to recount, many around his time serving as a Royal Marine in his youth.

He was an avid traveler, always planning his next trip by reading everything he could get his hands on to make sure he didn’t miss a thing wherever he went.

In recent years, Forster moved to Eagle, CO, joining his partner, Wendy Miller. They continued to travel, camp, read and enjoy good times together. He also worked part time in the writing lab at Colorado Mountain College, where he was voted part-time staff member of the year by the students in 2022.

“Steve left this world the way he lived in this world. He was an adventurer and up for anything. He was doing what he loved and squeezing every minute out of his time here,” says Tarantino.