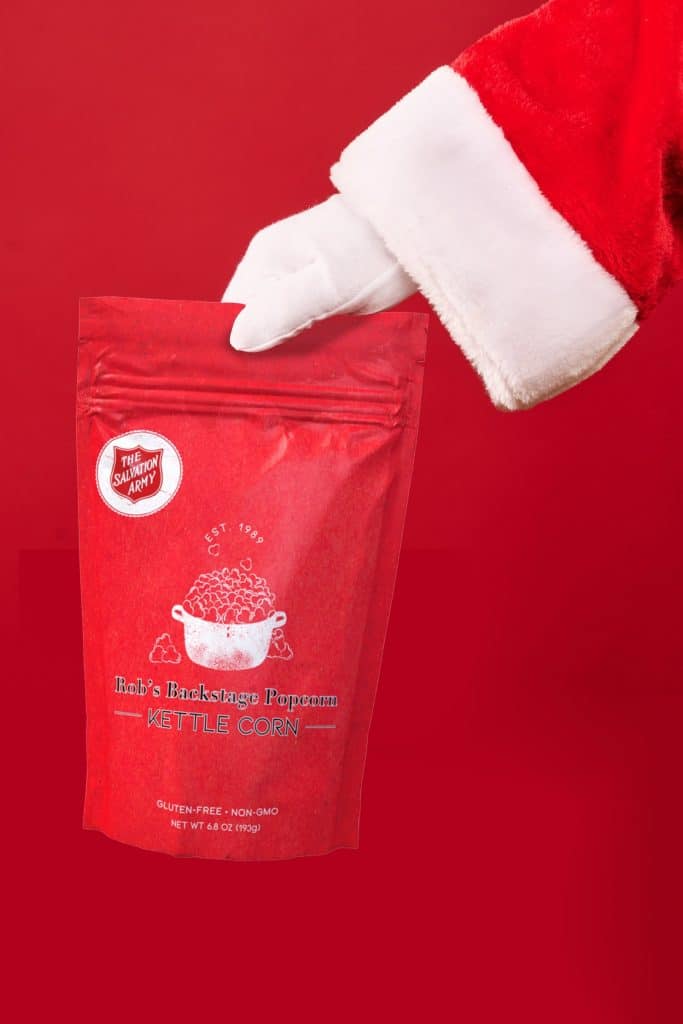 To support this year’s Red Kettle Campaign, the company has produced a limited edition flavor, Rob’s Kettle Corn, with 100 percent of the proceeds generated will be donated to The Salvation Army.

In addition to the donation, Rob’s Backstage Popcorn will also donate 100,000 bags of popcorn to The Salvation Army and other food banks across the US. The bags will be distributed to families and community members facing food insecurity.

The Red Kettle Campaign is the largest and longest-running fundraiser of its kind, and in 2021, funds raised helped support services for more than 25 million people living in the United States.