Washington — The Department of Justice (DOJ) filed a civil antitrust lawsuit this week to stop United States Sugar Corp. from acquiring its rival, Imperial Sugar Co. The complaint alleges that the transaction would leave an overwhelming majority of refined sugar sales across the Southeast in the hands of only two producers. As a result, American businesses and consumers would pay more for refined sugar, a significant input for many foods and beverages, according to the DOJ.

The complaint further alleges that United Sugars and Imperial Sugar compete head-to-head to supply refined sugar to customers across the Southeast in states stretching from Mississippi to Delaware. This competition has resulted in lower prices, better-quality products and more reliable service for customers across the region.

NCA, a lead partner in the Alliance for Fair Sugar Policy, shared a statement following the news: “For far too long, the sugar industry has abused its market power to the detriment of small businesses, manufacturers, and consumers, and this DOJ action is further proof that the U.S. Sugar program needs urgent reform. We support this action by DOJ, because, as the global supply chain crisis deepens and the cost of food and other consumer goods goes up, our elected leaders should focus on alleviating pressure on American small businesses and consumers, not making things worse.”

If U.S. Sugar is permitted to acquire Imperial Sugar, Imperial’s production would be folded into the United Sugars cooperative, leaving two significant sugar producers in the region. As alleged in the complaint, because transportation costs make up a significant portion of the total price customers pay for refined sugar, the nearest sugar producers tend to be a customer’s best competitive options. The complaint alleges that U.S. Sugar’s proposed acquisition of Imperial Sugar will further consolidate an already concentrated market for refined sugar. If the transaction is allowed to proceed, United Sugars and Domino would control the vast majority of refined sugar sales in the region, enhancing the likelihood going forward that they will coordinate with each other and refrain from competing aggressively.

Imperial Sugar, a wholly-owned subsidiary of Louis Dreyfus Company LLC, is a producer of refined sugar in the United States and independently markets and sells its products on its own behalf. Imperial Sugar has a refinery in Savannah, Georgia, and an intermediate sugar transfer and liquification facility in Ludlow, KY. Imperial Sugar’s revenues were more than $700 million in 2020. 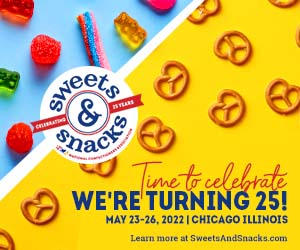 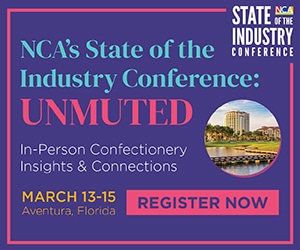 Bethlehem, PA — Just Born, Inc. is expanding its Easter line with new brand partnerships and retailer exclusive items. “The Peeps brand has been a part of fans’ Easter and Spring celebrations for nearly seven decades. Many parents and grandparents…