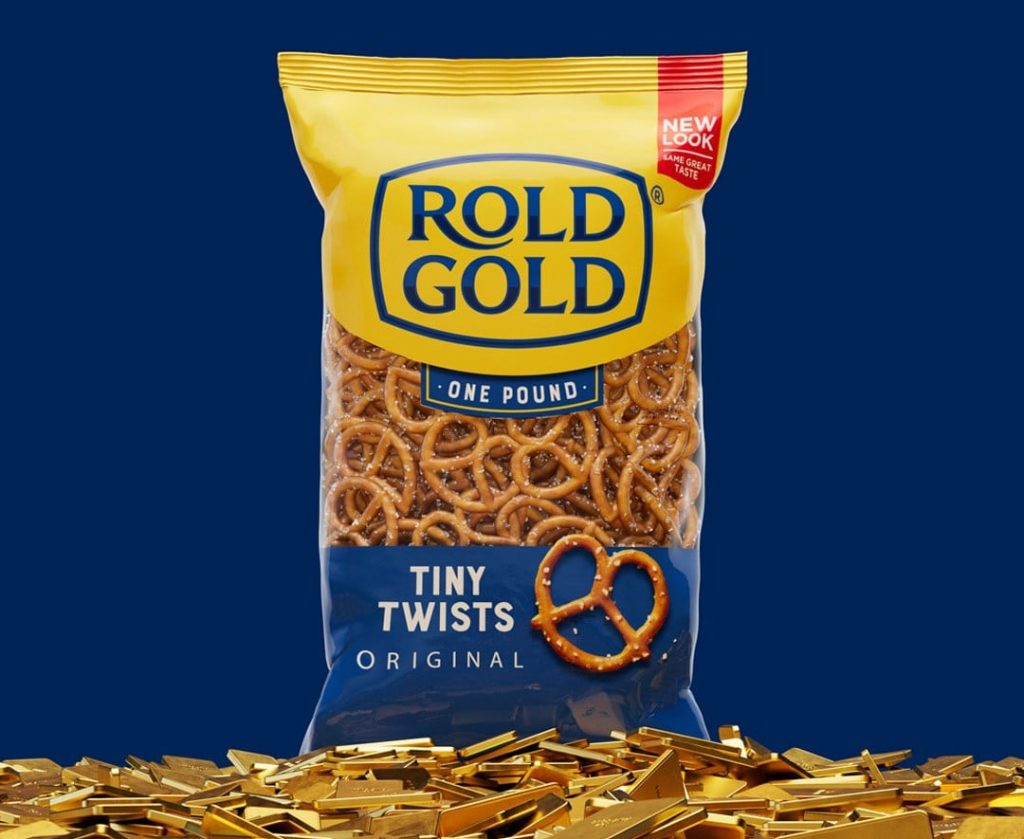 Plano, TX — To celebrate 106 years of its Rold Gold pretzel brand, Frito-Lay North America, Inc. is giving away more than $106,000 in gold bars through its new Gold Hunters campaign.

The limited-time program will have consumers searching for pretzels hidden in the background of television shows, movies, sports and music that spans decades.

Along with the campaign, new packaging will arrive in supermarkets this summer. The updated design will include Rold Gold’s gold and blue color scheme while bringing a brighter, fresher energy to the pretzel aisle, according to the company.

Now through September 11, Rold Gold’s social media channels will post clues for ’80s films, ’90s sitcoms, recent comedy and drama shows, sporting events and non-Rold Gold advertising where consumers will be able to find the brand, including its newest bag design. Clues will also pop up on digital platforms including Facebook, Instagram, Amazon and IMDB.

Consumers who solve the clues can share that they have “found gold” on Twitter using #FoundGold and #Entry, or by commenting on the initiating tweet with the two hashtags. They will then be entered to be one of 60 winners.

Actor, comedian, host and pop culture expert Joel McHale joins Rold Gold’s Gold Hunters campaign — acting as a clue himself as he teases a pop culture moment in which he and Rold Gold both appear. McHale will share his Gold Hunters clue via his Instagram on July 6.

“Rold Gold has been intertwined in culture for more than a century, not only showing up for pretzel lovers as their go-to snack, but also appearing in some of our favorite cultural moments with some of our favorite personalities, like Joel,” says Flavia Simoes, senior director of marketing at Frito-Lay. “We want to celebrate Rold Gold’s legacy as both a beloved snack food and as a staple in American pop culture. Our Gold Hunters campaign and latest bag design speak to Rold Gold’s enduring relevance.”