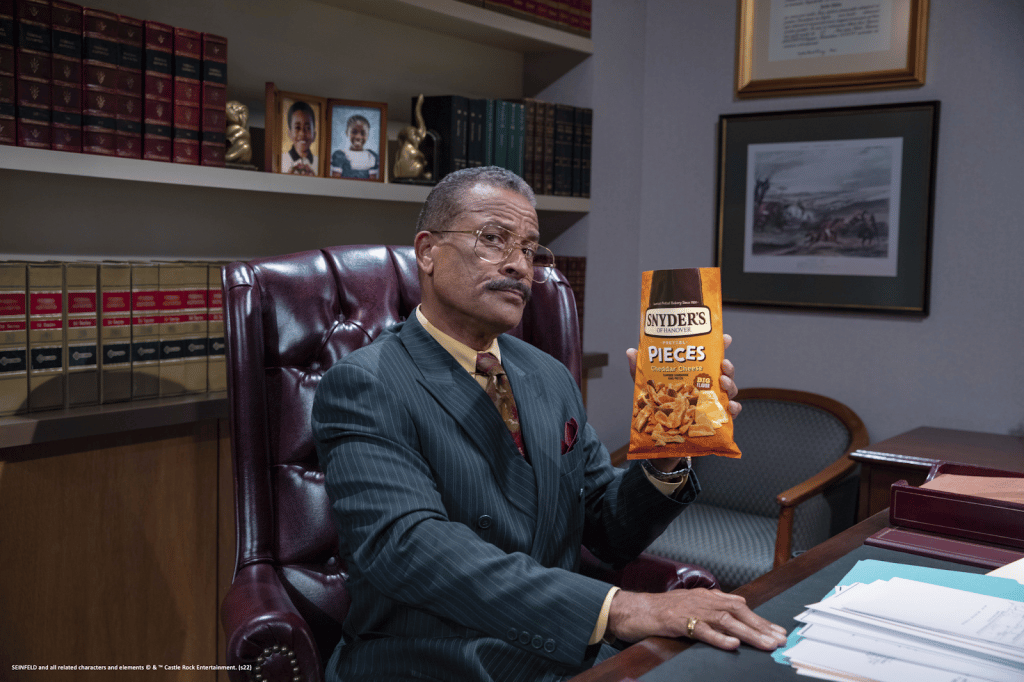 Hanover, PA — Under a licensing agreement with Warner Bros. Consumer Products, Campbell Soup Co. has partnered with famed “Seinfeld” lawyer, Jackie Chiles, to fuel the debate of whether Snyder’s of Hanover Pretzel Pieces are #PretzelsOrPieces.

Chiles states in an advertising campaign that it’s “egregious, even audacious” that the pieces, which are available in flavors such as cheddar, hot buffalo wing and honey mustard & onion, are classified as pretzels.

Customers are invited to call the 1-844-JCHILES hotline and leave their name, number and email address to be entered for a chance to win $3,500. In the coming weeks, Chiles will continue to argue the case on TikTok using the hashtag #PretzelsOrPieces.

“We wanted to create a campaign that empowered our consumers to have a voice around whether our intensely flavored and uniquely shaped Pieces should be considered pretzels,” says Nick Hammitt, vice-president of Salty Snacks at Campbell Snacks. “To get people fired up, we decided to bring back a famed ‘Seinfeld’ lawyer that appealed to fans in a fun, playful way.”

The sweepstakes is open until July 13.