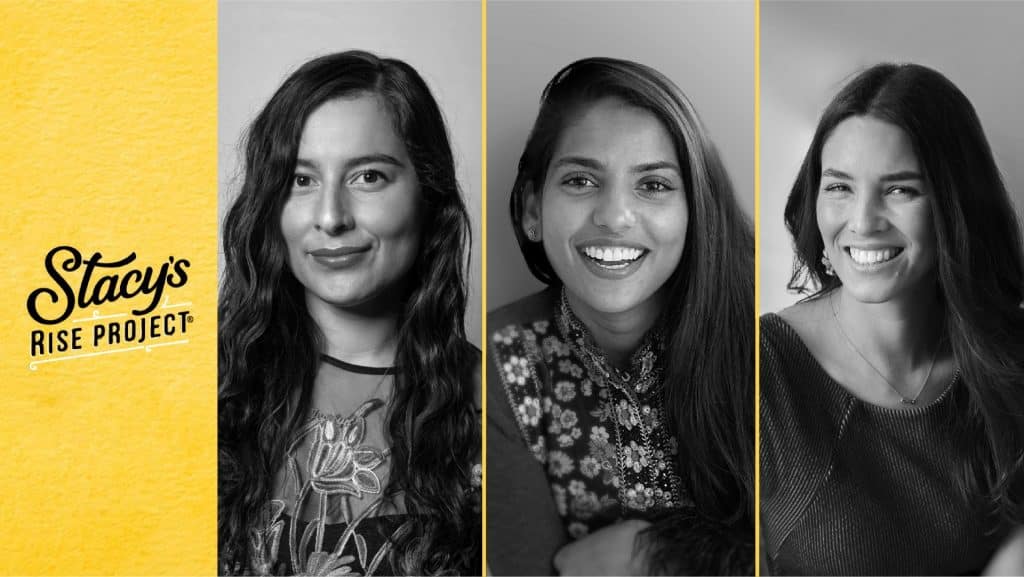 “We’re so thrilled to continue our partnership with Stacy’s Pita Chips through this inspiring short film that shines a light on the unique stories of three women entrepreneurs,” says Witherspoon. “At Hello Sunshine we are honored to continue telling stories that put women at the center of the narrative, and we’re so grateful to partners like Stacy’s who believe in and support this mission through our work together. We’re beyond thankful to them for helping to bring Nisha Ganatra’s beautiful vision for this film to life.”

The film is created by award-winning filmmaker Nisha Ganatra, and depicts the daily trials, tribulations and achievements of powerful women entrepreneurs. The film features an original poem by No. 1 New York Times bestselling author and poet Rupi Kaur, which was inspired by Stacy’s greater mission to help women rise.

“As a filmmaker, I have always been dedicated to representing and amplifying the underrepresented stories of women and immigrants and that is what we’re doing with Rise,” says Ganatra. “By telling these women’s stories both past and present, we are continuing the legacy that will uplift all those who come after. I’m very excited for the world to see the full film in January.”

Later this year, Stacy’s Pita Chips will select and award 10 women entrepreneurs with a $15,000 grant, mentorship from Frito-Lay and PepsiCo leadership and an incomparable built-in community of powerful women.

In addition to the short film and continuation of the Stacy’s Rise Project, the company has also launched the FoundedByHer business directory, an online platform that provides consumers with the ability to search for founders by zip code or category.

“It is so important to support women in their pursuit of entrepreneurship, because when one woman rises, we all rise,” says Rhasheda Boyd, vice president of marketing at Frito-Lay. “Our goal with the Stacy’s Rise Project and Rise is to spotlight the untold stories of women entrepreneurs and recognize their resilience. We’re honored to collaborate with like-minded partners, including Hello Sunshine, Reese Witherspoon and Nisha Ganatra to drive awareness for these countless women lifting up their communities.”