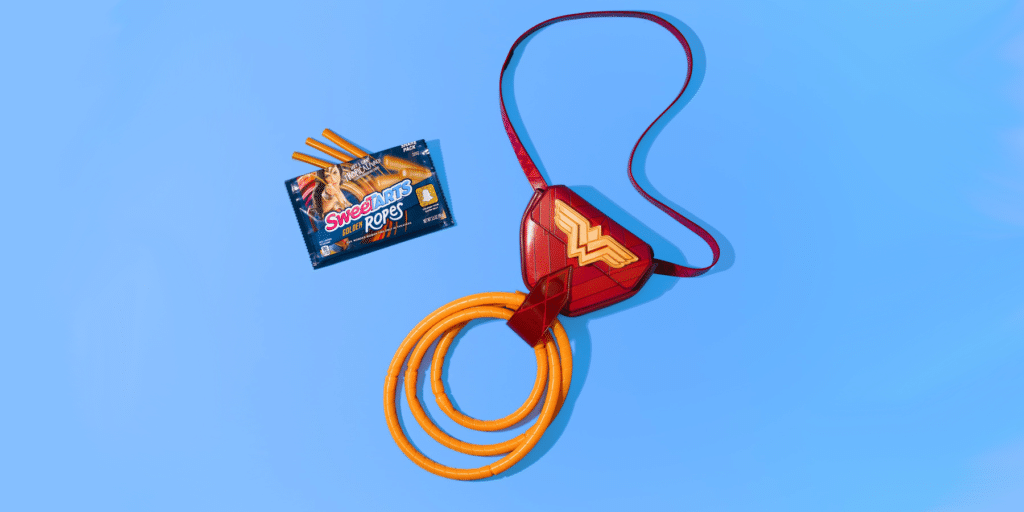 The candy is a take on the comic character’s Lasso of Truth, and dispensers give consumers the ability to “wear” the candy on their hip in a fashion similar to Wonder Woman, Ferrara reports. Golden Ropes Holders are made from vegan leather, feature the character’s “W” logo and can be worn as a belt bag or cross body satchel.

Starting July 13, consumers can visit SweeTarts Instagram page and “lasso” (tag) a friend with a circle star emoji for the chance to win a dispenser, which will not be available for purchase, according to Ferrara.