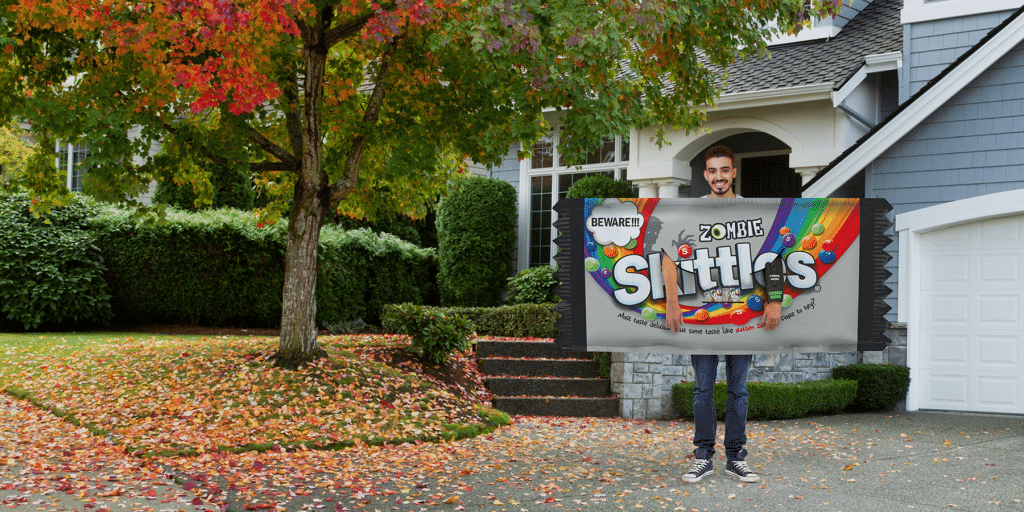 Hackettstown, NJ —  With a six-foot-wide frame and the ability to emit the smell of rotten zombies to encourage social distancing, Mars Wrigley Confectionery U.S., LLC is releasing Zombie Skittles costumes for Halloween 2020.

The costume resembles a pack of Zombie Skittles and can be put into “zombie mode” by pressing a button hidden on the wrist, which activates the release of rotten zombie smells to keep people at bay, according to the candymaker.

The limited-edition costumes can be won on www.daretherainbow.com through October 23 and winners will be announced on October 26, the company reports.