Invest in Your Future

NCA’s Future Leadership Program awards five deserving young professionals (40 and under) an exclusive opportunity for networking and professional development. For one year, future leaders receive recognition among their colleagues and a hand-selected professional industry mentor, as well as complimentary registration to NCA’s three signature events, NCA’s Leadership Summit held in July and the Candy Hall of Fame weekend. The program is designed to provide support, education, access and opportunity to young professionals who wish to advance into the ranks of leadership. Through its implementation, NCA hopes to encourage more young professionals to assume such leadership positions and develop a more diverse pool of leaders within the industry.

Senior Marketing Director, The Promotion In Motion Companies, Inc. Lisa Eustic is currently a senior marketing director at The Promotion In Motion Companies, Inc. (PIM), focusing on the company’s snack portfolio. Since joining PIM in 2011, Lisa has worked to drive growth across the company’s portfolio of consumer loved confections and snacks, including America’s #1 fruit snacks brand, Welch’s® Fruit Snacks, via impactful 360-degree marketing and disruptive innovation. Prior to joining PIM in 2011, Lisa worked on market-leading beauty brands at Avon and L’Oreal. 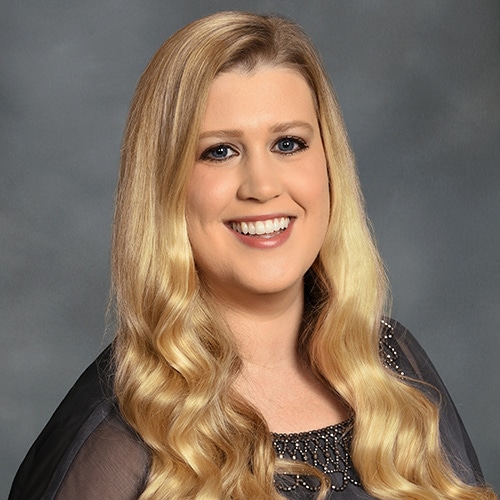 Regional Sales Manager for Vending, Military & Special Markets, Just Born Quality Confections Betsy Hritz is a regional sales manager for the specialty, vending and military channels for Just Born Inc. Betsy has been with Just Born for over 10 years, beginning in Just Born’s internship program and progressing to its national convenience and grocery retail programs. She has held multiple roles across Just Born’s sales and trade show teams. Earlier this year, she received her MBA in food marketing from St. Joseph’s University. 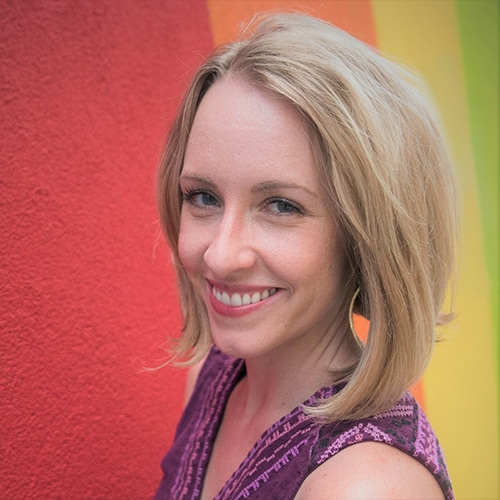 Liz Miller was most recently the senior marketing manager at Divine Chocolate, where she led the company’s marketing efforts for five years. She began her career in various nonprofit marketing and communications roles and completed a Master’s degree in International Human Rights. Liz also volunteers on the leadership team for the Washington D.C. Chapter of Ellevate Network, a global professional development network committed to helping women succeed in business. 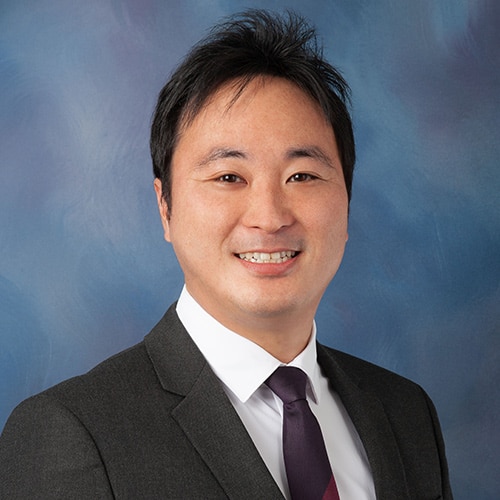 Director of Sales, Morinaga America, Inc. Takuma (Tak) Oka is the director of sales for Morinaga America Inc. He joined Morinaga America in 2010 and was involved in the early stages of the introduction of HI-CHEW fruit chews to the U.S. market. In his current role, he manages HI-CHEW’s business portfolio and strategy across all classes of trade. Tak previous held the role of National Sales Manager. 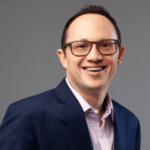 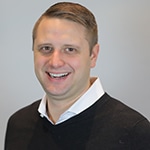 National Sales Manager, Melville Candy After attending Boston College, Steve moved to Los Angeles where he became a talent agent in Hollywood representing celebrities and brand endorsements. From there he became the VP of Business Development for an experiential marketing agency called NVE based in Los Angeles. Steve then co-founded a marketing agency which was bought out shortly thereafter representing high-profile brands such as Beats by Dre, GoPro and Sonos by age 28. In 2014, he moved back east and has been with Melville Candy as the National Sales Director worldwide. Since joining, the company has grown over 75% in gross sales. For the last five years, Steve has been a member of NCA and active in YPN. 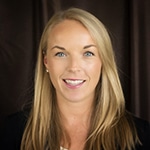 Senior National Accounts Sales Manager, Hawaiian Host Natalie worked in the confection industry for nearly four years at Russell Stover Chocolates. Over that time she took on many new roles and challenges within the wholesale department. She began with 10, smaller regional grocery accounts as a new hire and within five months was promoted to manage larger grocery and mass businesses. Since then Natalie continued to take on new and larger accounts and was promoted to a Team Leader position where she was able to explore mentoring and managing a team. Most recently, she has made the move to Hawaiian Host as Senior National Accounts Sales Manager. 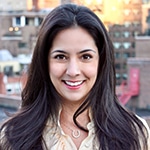 Corporate Buying Director, Sugar Factory Michele launched her professional career in 2002 as an Assistant Buyer for Dylan’s Candy Bar. In 2006, she took her passion and acquired expertise for retail buying to Saks Fifth Avenue, buying and developing products in categories such as Intimate Apparel and Designer Men’s Shoes. Always having a craving to get back into the Candy Industry, she returned to Dylan’s Candy Bar in 2013 as a buyer for Everyday Candy and Collaborative Partnerships. Soon after her return, she was promoted to Senior Buyer where she was the driving force on all R&D of Dylan’s Candy Bar branded and licensed product. She worked closely on licensing deals with partners like Warner Brothers, Paramount Pictures, Sanrio and Nickelodeon. Michele spearheaded all product assortments as it pertains to global expansion, launching Dylan’s Candy Bar in Canada and the Middle East. Michele joined Sugar Factory as Corporate Buying Director in May 2019. Outside of work, she continues to give back to her community by supporting two philanthropic organizations: the New York Chapter of St. Jude and Habitat for Humanity. serving on both for over 13 years. 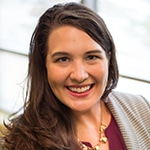 President & Owner, Sprinkk Tessa is the president and owner of Sprinkk, a Nebraska-based startup focusing on confectionery process design and small scale manufacturing. She is a food science graduate of the University of Nebraska-Lincoln and she completed her master’s degree at the UW-Madison studying sucrose crystallization under Dr. Rich Hartel. Tessa has been involved in the confectionery industry since 2007 through her work at the UNL Food Processing Center, The Hershey Company and Ferrara Candy Company. In 2016, she joined Glanbia Performance Nutrition to combine her passion of confectionery science with her health and wellness interests, and in 2018, she returned to pure confections at Ferrara. She has been actively involved with PMCA, AACT and NCA events focusing on student involvement. 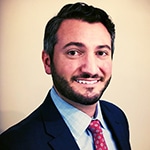 Vice President of Grocery, HWY Partners A second generation in the confection industry, Micke attended industry events as a child with aspirations of becoming a part of it. With 10+ years of industry experience, Mike is the Vice President of Grocery and leads a broker sales team in the NYC Metro market. A recent recipient of Ghiradelli’s Top Broker Award, Mike has a track record of delivering results. Prior to joining HWY Partners, Mike held various positions at Mars Chocolate, including national sales with responsibility for a top 10 customer and in customer marketing where he was on development teams that launched over 50 new products. 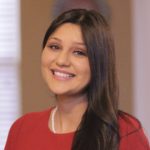 Channel Lead – Brand Licensing & Ingredient Sales, Mars Wrigley Confectionery Arsh Ghuman is the Channel Lead – Brand Licensing & Ingredient Sales for Mars Wrigley Confectionery. During her time with the company, Arsh has transformed e-commerce into a core competency at Mars Chocolate – shaping the value proposition and positioning. She has also built an assortment management framework to identify opportunities for product, pricing, and promotion on Amazon and Jet.com. Traveling the world is in Arsh’s DNA as she has visited nearly 20 countries and doesn’t foresee stopping anytime soon. 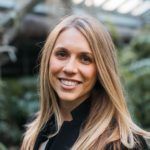 Head of Marketing, HARIBO of America, Inc. Lana Jones began her career within CPG in 2008 with ECRM. During her time as a Retail Director, she was given the opportunity to work closely with retailers and developed a passion for the confectionery industry. Since leaving ECRM, she has had the opportunity to work as a Brand Manager for Russell Stover, Associate Category Manager for Candy at Walgreens, and Brand Manager for HARIBO of America. Through these experiences, Lana has developed an understanding of manufacturing, product development, brand marketing and merchandising. 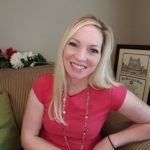 Inside Sales Manager, Adams & Brooks Originally from a small town, farm and big family, Sharon learned early on the value of hard work and dedication. Now, she says she’s blessed with a fun and challenging career in an industry that she loves. Sharon started with Adams & Brooks as a Marketing & Sales Assistant, and has since climbed up the ladder increasing her responsibilities as Inside Sales Manager. She interfaces directly with brokers and customers, developing strategies and products, and enjoys staying abreast on industry issues. She is passionate about building relationships and developing her leadership skills. 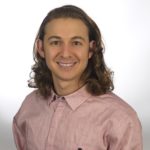 President, Jason Scott Specialty Foods Jason Musick’s whole life has been surrounded by the food business. His father, Gary Musick, ran various food companies while he was growing up. Jason graduated with two business degrees at Drake University, followed by an MBA in general business at Lynn University in Boca Raton. During his time in school and shortly after, he worked multiple jobs in various food areas from hospitality to catering to production. Through these experiences, Jason has absorbed as much knowledge as possible which led to the creation of his own business in 2015. 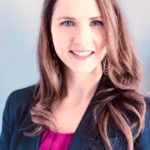 R&D Corporate Manager – Product Development, Blommer Chocolate Company Melissa Tisoncik has worked for Blommer for seven years and was recently promoted to the position of R&D Corporate Manager-Product Development. In her role, Melissa leads a cross-site team of managers that provide technical services support in North America, Canada, and China. She earned her B.A. in chemistry from Illinois Wesleyan University and a M.S. in Food Science from the UIUC. She has served as the Chairperson of the AACT Chicago Section since 2013 and has spoken at both AACT and PMCA national conferences since joining the industry.
2017 Class of Future Leaders
2016 Class of Future Leaders